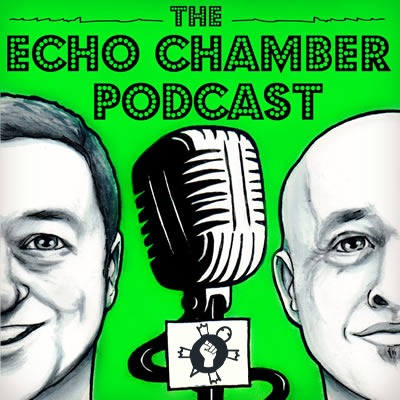 This week we were joined by PBP TD, Paul Murphy, Barrister, Seána Grant and Fingal Cllr, Daniel Whooley, for what was a very eye-opening Live Show.
We talk about the Fingal Library twitter (J.K Rowling) controversy that saw Daniel wake up to the him been quoted on the front page of the Sunday Times. We discuss the NI Census results, the UN saying the Mother and Baby Home redress scheme is inadequate, the Al jazeera Labour Party investigation, the Cost of Living Coalition’s first National Protest, protests in Iran, creeping anti-intellectualism in FG and more.
Join us at patreon.com/tortoiseshack
Produced and Edited by @Trickstersworld

Posted in podcast and tagged The Echo Chamber Podcast.