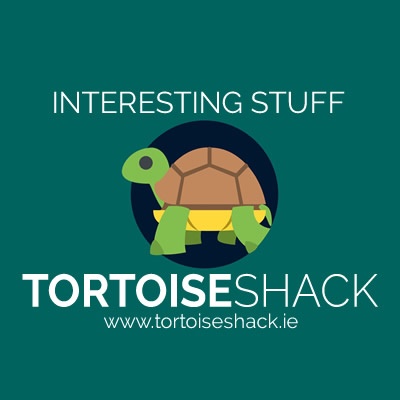 It’s been a busy few weeks on the #BogusSelfEmployment front. IBEC came out with an opinion piece in the Irish Times,Rhona Murphy, head of employment law services IBEC said there was an absence of evidence to support the narrative that bogus or false self-employment was widespread. I even made an appearance on Cork’s 96fm’s Opinion Line.

“The arrangement employed is administratively efficient in collecting tax from a sector which traditionally has been recalcitrant when it comes to paying tax.”
Comptroller and Auditor General

Perhaps Rhona hasn’t been keeping up with the official statistics or maybe it’s just that IBEC doesn’t want white collar welfare fraudsters held to account. Either way, Bogus Self Employment is unfair competition for law abiding employers who pay their PRSI contributions and it is officially at a minimum of 23%, rising to 69% in the construction sector.

At recent meetings of the Dail Committee on Bogus Self Employment video here, the conservative loss to the exchequer resulting from bogus self employment was estimated to be in excess of 1 billion euro per year based on official figures supplied to ICTUs Patricia King video here.

This 1 billion euro figure is in line with the Revenue figures presented to Paul Murphy in the Dail reply.

In December last, I emailed the Social Welfare Appeals Office, an office of the Department of Social Protection, and requested all and any precedential test cases they hold.

After a bit of denial, the Social Welfare Appeals Office admitted that they do indeed have their own precedential test cases which they use to decide the employment status of groups of workers en masse:

Now, why is this important?

Well, the actual courts, the High Court and the Supreme Court have ruled many times that each case must be determined on its own facts in accordance with the precedents and case law handed down by the courts over the years. Occupations which may appear the same may differ in terms and conditions.

So to make insurability of employment decisions en masse, by way of ‘test cases’ is not legislated for.

The available evidence shows that the Department of Social Protection has been using ‘Test Cases’ from the SWAO as far back as 1993 and that Revenue have made special tax agreements with entire industries based on a single test case.

This raises constitutional issues such as Natural Justice and a host of entitlement rights with the Department of Social Protection.

On Monday, an article appeared in the IT which describes the Minister’s latest proposals regarding insurability of employment determinations.

In this article it states –

But But But …… this is exactly how the Department has been operating for more than 20 years.

For more than 20 years, workers who end up in the Social Welfare Appeals Office fighting for their rightful employee status, have been doing so with both hands tied behind their back and blindfolded due to the secret precedents from the secret test cases they are denied access to.

On Tuesday, I attended an Appeal hearing in the Social Welfare Appeals Office. Before the hearing I spoke to the Appellant Company’s legal team and to the Scope Section representative. I informed them both that the SWAO had admitted that they have and use secret test cases.

Neither the Company nor Scope were aware of the secret test cases yet the Appeals Officer insisted on having the hearing despite the obvious inequality of arms.

For the Scope Section not to know of these secret test cases is beyond astounding. The Scope Section is the office charged with making insurability of employment determinations for the Department of Social Protection. For more than 20 years, Scope determinations have been overturned by the Social Welfare Appeals Office using secret precedents from secret test cases that only the Social Welfare Appeals Office, the highest level civil servants and successive Ministers had knowledge of.

Just to be clear once again, for more than 20 years, successive Ministers of Social Welfare/Protection, have, on the one hand proclaimed SCOPE as the only correct way to overturn an incorrect employment status, and then with the other hand, Ministers have given the Social Welfare Appeals Office, extraordinary, secret and unlegislated powers to overturn Scope determinations to favour social welfare cheating employers.

Finally, please help support my work by becoming a member by clicking on the tortoise shack. I love doing this work and feel it has value, it would be great to make it sustainable.