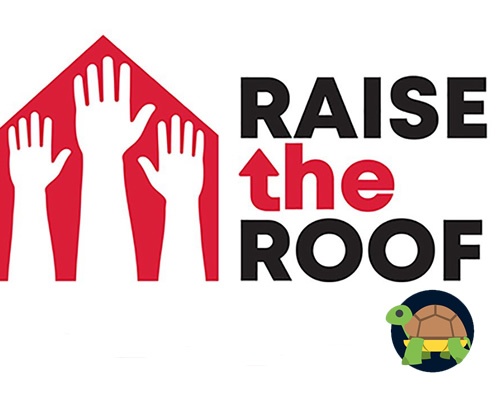 There is currently a Bill (proposed by Sinn Fein) going before the Dail seeking to enshrine the Right to A Home in the Constitution. Thousands of people will be on the streets this Saturday in Dublin also demanding that right and and that the government changes policy to build public affordable cost rental and social housing on a major scale. In regard to putting the Right to A Home into the Constitution, it is clear that this absolutely necessary. The housing and homelessness crisis has spiraled out of all control. We need to mark a turning point and shift housing policy to ensure everyone has an affordable and secure home. Putting the right to housing into our constitution would mark an end point. It would provide legal protection from homelessness and put us on a path towards ensuring affordable housing for those who need it.

In this short message for our Reboot Republic Live podcast, Leilani Farha, the United Nations Special Rapporteur on the right to housing outlines that to address the housing crisis in Ireland, amongst other things, “Ireland needs a legislative right to housing…whether it is in the constitution or in legislation.” She says that “recognizing the right to housing is the way the government can show that it is not going to allow the financialisation and commodification of housing to really make it impossible for people to live in cities like Dublin”.

Having a secure, adequate home is a fundamental human need. We can see this from the devastating experience of children, families and individuals who do not have that basic need met, as with children in emergency accommodation. A home is a place of safety, to raise children in; it is vital for health and mental health, to gain employment, to rest and to be part of a community. Ireland signed up to the UN Covenant on Economic, Social and Cultural Rights, which defines the right to adequate housing as affordable, with security of tenure and habitable. There is, though, no legal right to housing in Ireland. This has contributed to government policy failing to address the growing housing crisis, while local authorities are not legally obliged to provide adequate housing to homeless families.

Currently, the Government and Irish state’s principal housing policy – Rebuilding Ireland – does not mention once the right to housing. If there was a right to housing in the constitution then housing policy like Rebuilding Ireland would have as its starting point the aim of ensuring everyone has a secure affordable home and set out what the government was doing to achieve that. Currently there is no overall guiding value or aims for housing policy. Putting a right to housing in the constitution would provide such a framework for housing policy that puts the provision of affordable and secure housing as its priority. It would strengthen government’s hand constitutionally to improve tenants’ protection from eviction, implement long-term leases, compulsory purchase orders for vacant and derelict housing, and apply the vacant sites levy. It would also give the government a robust imperative to return to building genuinely affordable housing on a major scale.

There is a cultural shift underway in our attitude to housing – a shift to recognizing the people need to have a home – be that owned or rented and that a house is a home first – before it is an investment asset. People are realizing a home should provide a place where they can feel safe, where they can raise their children, where they can feel safe in a community. Yet we now have at least 500,000 people – in some form of mortgage distress, on social housing waiting lists, in rental unaffordability and insecurity where they can’t put a picture on the wall or they don’t know if they will be living there in six month’s time. There is something fundamentally wrong in how we look at housing and how housing is treated as just a market commodity.

Government Ministers have stood up in the Dail and said that they couldn’t make changes to protect tenants from eviction or longer leases because it would interfere with the right to private property in the constitution. Minister Eoghan Murphy said in March this year in the Dail the Focus Ireland ammendment was “unconstitutional” – yet it was simply to prevent some buy-to-let landlords from evicting tenants into homelessness.

So therefore the question is – if the constitution is stopping us from putting in place protections for tenants to able to live in a home – then surely it needs to change. Putting a right to a home in the Constitution doesn’t mean everyone gets a home tomorrow – what it means is it is the state’s responsibility to ensure everyone has access to that. When we look at homelessness there is no end in sight –so at what point do we say as a society this is wrong and we need to change things fundamentally.

A referendum would give voice to the housing crisis that is escalating across our towns and cities – it would enable a citizens assembly focused on housing, and it would enable the national conversation we badly need about generations being locked out of affordable housing, about the impact of the crisis, and why the right to a home is important and what are the real solutions to this crisis. Its time to put the Right to a Home in the constitution.

The question is whether the first priority of a housing system should be the realisation of investment, speculative or capital gains by those with the necessary resources, or the provision of an affordable, secure, good-quality home as the right of every citizen?

The main purpose of housing should be to provide homes appropriate to need, to provide shelter, places to live, feel secure and participate in a community and society at an affordable price or rent.

Leilani, also highlights in this short interview the necessity of citizens to stand up and make their voices heard about the crisis. She says “what is so important is what the people to do – the only way to move governments is for people to step up and speak out and say that cities are unaffordable and that governments have to do something. So I really applaud the efforts of Raise the Roof and I think this is absolutely essential to make a change and getting your government to listen to you”. See you on Saturday 1pm in Parnell Square. Lets Raise the Roof!

Posted in podcast and tagged Raise The Roof, Reboot Republic.